Learn more about our sessions and speakers for 2021.

This year, our theme for NCYC is “Ablaze.” We have used the coming of the Spirit at Pentecost to illustrate (cf. Acts 2), and the Pentecost vigil to narrate our theme in each session. Each day of the conference, we will reflect on this theme through the main stage general sessions. We invite you to join us in the upper room as we await the coming of the Spirit. Come, Holy Spirit!

Sr. Miriam James Heidland is a former Division I athlete who had a radical conversion and joined the Society of Our Lady of the Most Holy Trinity (SOLT) in 1998. She holds a master’s degree in theology from the Augustine Institute and speaks extensively on the topics of conversion, authentic love, forgiveness, healing (and sports!). She is the author of the book Loved As I Am, hosts a podcast titled Abiding Together, and tweets @onegroovynun

Brian Greenfield was born and raised in Washington, D.C. He came to know Christ while studying at Seton Hall University. Following a year as a Franciscan Friar of the Renewal, he became a speaker with Hard as Nails Ministries and a campus minister. He now lives in Florida with his wife, Genevieve, and three children: Mieko, Michael, and Grace.

Following the ancient Pentecost vigil, the Christians gathered to hear readings from the Old Testament that spoke of the need for the Holy Spirit, and the promise that God will send the Holy Spirit to dwell with us. We will hear these readings and respond with hope and in anticipation for the outpouring of the Spirit that is to come.

A Multi Grammy Award-winning platinum selling artist, Lecrae has evolved into a New York Times best-selling author, entrepreneur, speaker, thought leader, philanthropist, and Co-Owner/President of Reach Records. To date, he has sold more than 3 million copies and been nominated for 5 Grammy Awards including a win for Best Gospel Album, 15 Dove Awards, one Billboard Music Award, and received both a Soul Train Music Award and BET Hip-Hop Nomination.

Chika Anyanwu is a Catholic evangelist, youth & young adult minister, the author of "My Encounter: How I Met Jesus in Prayer," and the Director of Formation and Events for Vagabond Missions. Chika is a part of a beautiful Nigerian family, loves her coffee black, and desires sainthood for herself and you! You can learn more about Chika, purchase her book, and leave a prayer request on her website: www.chika.church

The Church always seeks to initiate new members into Christ’s body. During the Easter vigil new Christians are baptized, confirmed, and receive the sacred body and precious blood of the Lord. There is also the option of bringing new members into Christ’s body at the Pentecost vigil. At baptism our sins are washed away. Yet, the life of the Christian does not stop at the forgiveness of sins. We are made daughters and sons of the living God through adoption. During this session we will hear of the spirit of adoption through baptism and we will renew our baptismal promises so as to live as God’s beloved children.

Noelle Garcia is a Catholic speaker and musician. She travels the country sharing the Gospel through story, witness, music, prayer, and teaching. Noelle has spoken at Steubenville Youth Conferences, NCYC, San Antonio Women’s Conference, and many parish and diocesan events. She currently works in the Archdiocese of Oklahoma City with her husband, David, as the Respect Life Coordinator. Noelle has a Masters of Theological Studies from Newman University. She and her husband have six children.

Jesus told the apostles and Mary to wait. He promised that he would send them the Paraclete. Afraid and anxious, they were faithful to his instruction. They gathered in the upper room, the place where Jesus celebrated the beginning of the new covenant in his blood-which we celebrate in the Eucharist—to wait. Acts chapter 2 shows that something beyond their imagination happened. The Spirit of God came as wind and fire to fill the apostles and Mary. This is a night of Eucharistic adoration and a recreation of the upper room. We will ask Jesus to again send his Holy Spirit to dwell within his Church.

General Session #3: Life in the Church

The apostles and Mary left the upper room on fire with the Love of God and the joy of the gospel. They went throughout the known world and preached the good news as they baptized in the name of the Father, and of the Son, and of the Holy Spirit. Led by Mary, the first evangelist, the first to believe the good news about her son, the Church grew. We too are invited into this mission to widen the embrace of the Church.

Gustavo García-Siller was named Archbishop of San Antonio by Pope Benedict XVI on October 14, 2010. He was appointed an auxiliary bishop of the Archdiocese of Chicago on January 24, 2003 by Pope John Paul II, and ordained on March 19, 2003 by Archbishop of Chicago, Francis Cardinal George, O.M.I. Born December 21, 1956 in San Luis Potosi, S.L.P., Mexico, Archbishop Gustavo was the eldest of 15 children. In 1975, Archbishop Gustavo professed as a member of the Missionaries of the Holy Spirit. His more than 42 years of priestly service has taken many forms, including ministering to communities with varied cultural backgrounds.

The liturgy is the summit of our life as Catholics and it is the source from which our power flows. We conclude gathered at the heavenly banquet, a foretaste of eternal life in Christ Jesus. With a fresh encounter with the Holy Spirit, we share the sacred body and precious blood of the Lord. We leave to proclaim the good news and invite all to share in what we have shared.

As mentioned, NCYC will look a little different this year with trying to plan during a pandemic. In order to plan for the flexibility required under changing conditions, the difficult decision was made to limit breakout sessions. Therefore, only five sessions will be offered and participants have the opportunity to attend all sessions.

In this session, participants will discover the importance of community within the Church and how essential it is for them to enter deeper into intentional, faith-filled community.

Faith, Science, and the Gift of Wonder

Sponsored by The Catholic University of America – cua.edu

Science and faith are both motivated by a desire to know the truth about reality, but how can they be understood as mutually enriching? This mega-workshop will look at how science and faith, when properly understood, are overlapping and complementary rather than being opposed to one another. Drawing on the biblical Psalms, some important historical thinkers, and Pope Francis’ “Laudato Si,” we will explore how a sense of wonder is at the heart of all intellectual growth and helps to unite science and faith.

Joseph Ratzinger has drawn on the theology of St. Paul and St. Augustine that we are called to Communion. Being in communion in and with the Body of Christ is the very definition of salvation, and separation from the Body of Christ is the definition of hell. The reality of being called into communion with Christ and his body sets the course for our lives and the decisions we make with our lives. Instead of seeing the Church as lawgivers, the Church inspires us to live for heaven. This session will help guide teens’ moral decision making toward heaven.

Animators: Archdiocese of Detroit and Diocese of Nashville

Put Out Into the Deep

Dive into St. John Paul II’s invitation to young people to be a part of the “New Evangelization.” This session stresses the need for witnesses and for young people to take up the call to follow Christ today!

Trusting a God We Cannot See

There is no greater decision IN your life than to trust God WITH your life. How do I trust God more? What do people mean when they say they hear God? How do I listen to God? How does He speak to me? Why does He care about me? In Jesus’ own words, “Come and see.” 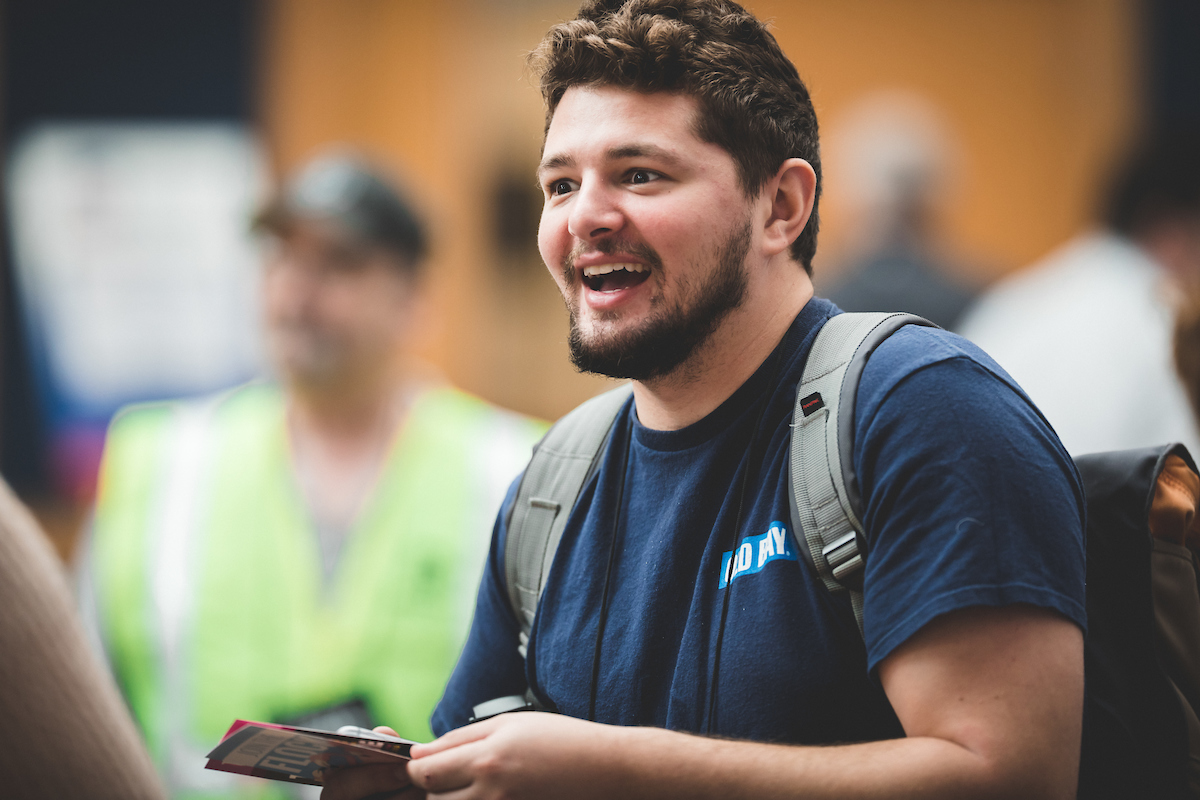