Tips for Managing Cooped Up Teens

There’s been so much ink spilled about this generation, of youth’s lack of resilience, yet in some measures they’re showing us, the adults, how to be resilient in the face of fear. Perhaps it’s because so many go to school everyday in fear. Perhaps it’s because of their often chronic fear of the future. Whatever it is, they’re teaching us lessons. Yet, this is the perfect time for us to teach them resilience – not by what we say, but in how we handle our own stress. Point out to them the tools we use, skills we employ, and strategies that work and don’t work for us. Help them see that resilience is always a trial and error process. What works for one stressor may not for another.

2. Be Encouraging and Hopeful, After Acknowledging the Difficult Reality

You cannot get to a place of resurrection without experiencing, and then understanding, the experience of Calvary. The cross is the penultimate symbol for Christians, not because we’re masochists, but because we understand that our joy and hope are uniquely, often in ways we don’t understand, connected to our suffering. What does this mean for teens? It means that while we listen and want to offer encouragement and hope, we must first validate the reality and their experience of the current reality (which seems to be changing daily, if not more often). I can encourage you meaningfully after I’ve listened to how you’re struggling and/or acknowledging that what the teen is going through is tough. Pointing out how great college will be to a high school senior for whom you haven’t listened to their disillusionment and disappointment with reality is almost for naught. It comes across as “Polyanna-ish” saccharin positivity with no real meat, and therefore offers no real hope.

It’s not a stretch to say that many young people are experiencing trauma. As a culture, our lives have been so upended that trauma is a good word to describe our experience. Trauma is defined as a neuro-physiological response to a deeply disturbing or distressing event. But the word “event” is misleading. Prolonged stressors can cause trauma. Such is the case right now for so many. The lack of a foreseeable end to the current changes in our life can be traumatic. As such, for many, they are in true emotional shock. You can see it in the social media posts (half jokingly) saying “This is a bad dream right.” There’s a surreal experience in most traumas. Teens are not exempt from this, and in fact may experience it more acutely because they experience more powerlessness than adults. For a more detailed understanding of trauma, refer to my podcast, Today’s Teenager, episodes 112, 113, 114. https://podcasts.apple.com/us/podcast/todays-teenager/id1118889657

4. Prepare for Longer Rather than Shorter

While many municipalities, states and districts have cancelled in-person classes for the next four weeks, based on the latest data from the CDC, I would suggest preparing your mind, heart, home, and expectations for at least 8 weeks of your teen being home from traditional schooling.

5. Figure Out What You Need to Stay Healthy During This Time

You may find that many of these items listed here are not only helpful for anxious, cooped up teens, but for their parents and caregivers as well.

Much easier said that done. But it is by far the single biggest dynamic that will contribute to their sanity and yours in this new normal. Give yourself time to figure out what’s working and what’s not. Communicate that to your teens.

I told my boys yesterday,

“There are going to be lots of changes in the upcoming weeks, some of them fun and exciting, some not so much. Some will feel fun at first but they’ll get old quick. We are all going to have to be patient with each other. This is a major inconvenience to your mom, because she’s just had three people crash her home office. We’re going to have to pick up after ourselves more, because if not, the house will stay in a constant state of messiness, which will episodically stress out your mother and it will make your father eat himself to death, so…there’s that. Dad will be under a great deal of stress because I’m dealing with people who are ordinarily stressed and are now having that compounded by the cultural changes, and a major support system such as their counseling which is changed from in-person to online. And I have my own ADHD. I have to focus on my work and clients which are very important but I don’t ignore distractions, especially when they are people. I feel guilty when you’re wanting my attention and I can’t give it to you. I end up getting mad at you, but its because I can’t prioritize in that moment.

This will be something you will struggle with as well. Prioritizing. This is one of the most challenging, but beneficial skills you will learn in your life. How to decide what’s important, what’s most important now, and what’s the sequence of decreasingly important tasks before you. And once you develop that skill, you’ll then be taxed with managing those things in flux because life will happen. Your study guide for science class was the next most important item on your to do list, until the dog crapped on your laptop. Now cleaning your laptop and putting he dog up for adoption (just kidding) are the very next most important items on your list. This requires an energy shift. I’ve now got to figure out an entirely new set of questions: Can I clean the laptop? What will I need to clean the laptop? Why did the dog poop on my laptop? Why did I ever want a dog to begin with? Maybe we should have gotten a different dog….Why don’t my parents ever listen to me, I said we should have gotten a shitzu. I can’t wait to move out. Maybe I should look up apartments near campus since I’ll be moving out in two years. I know I should be doing something right now, but I forgot.”

That’s why it is best to…

Ugh, I know. You hate it. You probably prefer just to play sports. But I don’t have enough hyperlink space here to show you the mountain of research indicating the positive benefits of exercise for the mind, soul, and body. It is essential to continue when your routine and life has been disrupted or when you are going through challenging times. This will likely be the thing you feel least like doing, yet its probably the most important.

When possible, do said exercise in the sun. Even if it’s just a walk, a short walk. As spring comes online for many of us in the U.S., it’s a great time to be outside in nature (as much as possible) and allow the sun to replenish our vitamin D stores, which become depleted in the non-sunny months of winter. Vitamin D is an essential mood-governing vitamin.

Don’t eat junk. Sugar and processed carbohydrates (essentially one step away from becoming sugar) cause an inflammatory response in the body, which includes the brain. Inflamed brains are prone to mood alternations. These foods do not support your teen in performing well through the many challenges of the next weeks and months.

Because our bodies send signals to our brain, having a space for learning, whether it’s the island counter top (not ideal but its what’s being used in our house), a certain place on the floor, a folding table, or a designated area for study, like a personal desk or portion of a teen’s room, say to the teen, “Oh, we’re ‘here,’ that means that it’s time to study because that’s what we do when we’re at this space.” Don’t doubt the simplicity of this.

Many teens will not need and/or actively resist this recommendation, understandably. But how we dress, like our space, sends a signal to our brains, “Oh, when I dress like this it means its time to work.” Most teens, like I said, won’t need this. The above tips will be enough to get them going. But it would be a leverage point I would use with my own boys. You can show me that you can handle this, but if you can’t, I’m going to require you to wear more than a shirt and shorts to do your homework.

13. Teens are Watching How We Handle this Historic Situation

They may not look like they’re watching, but they are. They’re paying attention. They see what we’re doing, notice what we’re watching and reading, and hear what we’re saying. They are especially tuned in to all of our hypocrisies, those now and those we’ve touted from the past. This is especially true for Christians and others who have strong religious values and morals and ask those same high standards for your kids. These are good, great things in themselves. But when we do not humble ourselves as we preach, tout, and demand such things from our kids, it makes our “slip ups,” aka our hypocrisy, that much worse. If you’ve demanded they follow all the rules of Church and the Bible, etc, but are now giving yourself permission to be less than charitable toward those who are impinging upon your freedoms for the greater good, kids are watching. They notice when you expect them to follow curfews but ignore those placed upon you. They notice when you fuss at them for saying mean things about people but allow yourself to say whatever you wish about people, politicians, and others you don’t like. They notice and what they learn is, this: “Essentially, I get to pick the people, laws, rules and morals I feel are important and only follow those.” 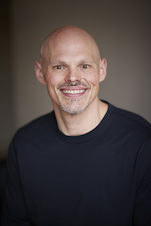 Roy Petitfils is a Licensed counselor at Pax Renewal Center in Lafayette, LA. Roy studied ministry and spirituality at The Pontifical University of St. Thomas Aquinas and holds a Masters in Mental Health Counseling from University of Louisiana. Roy has worked with youth and young adults for more than 20 years as minister, a teacher, school administrator, school counselor and now as a counselor in private practice. He specializes in counseling teens and young adults. Roy regularly consults with churches, publishers and organizations helping them more effectively reach and minister to youth and young adults. He is an expert at raising and understanding teenagers.

Roy has published four books, including his most recent What Teens Want You to Know (But Don’t Tell You). Roy’s blue collar roots, natural humor, contagious enthusiasm and diverse personal and professional background have made him an internationally sought after presenter and trainer. Roy lives with his wife Mindi of 13 years and their two sons Max and Benjamin in Youngsville, Louisiana. 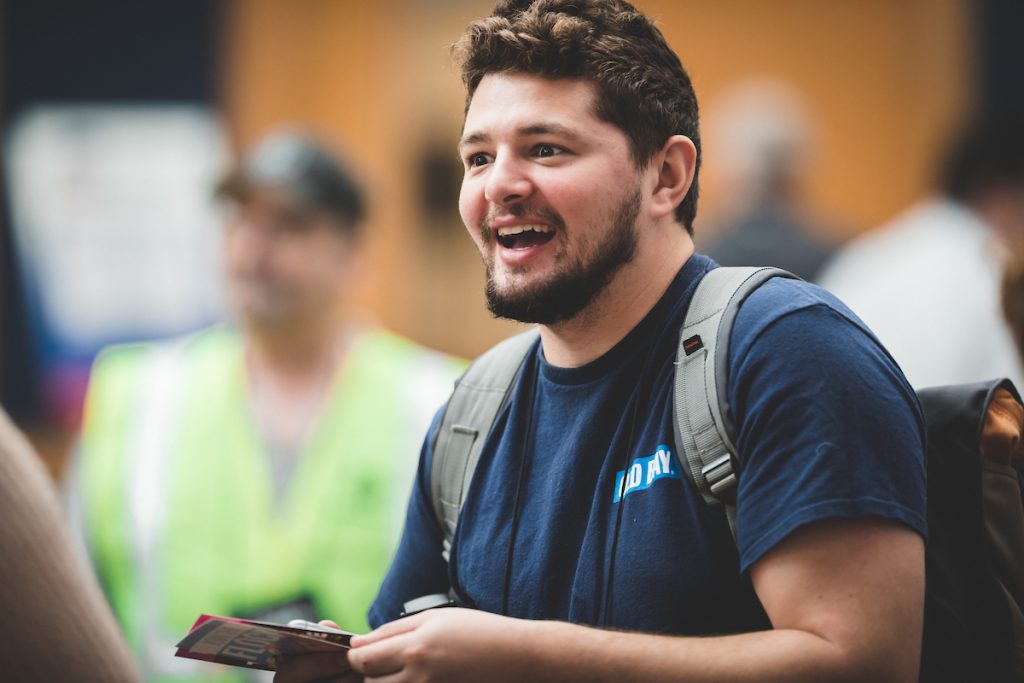